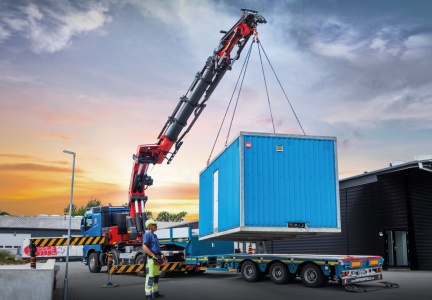 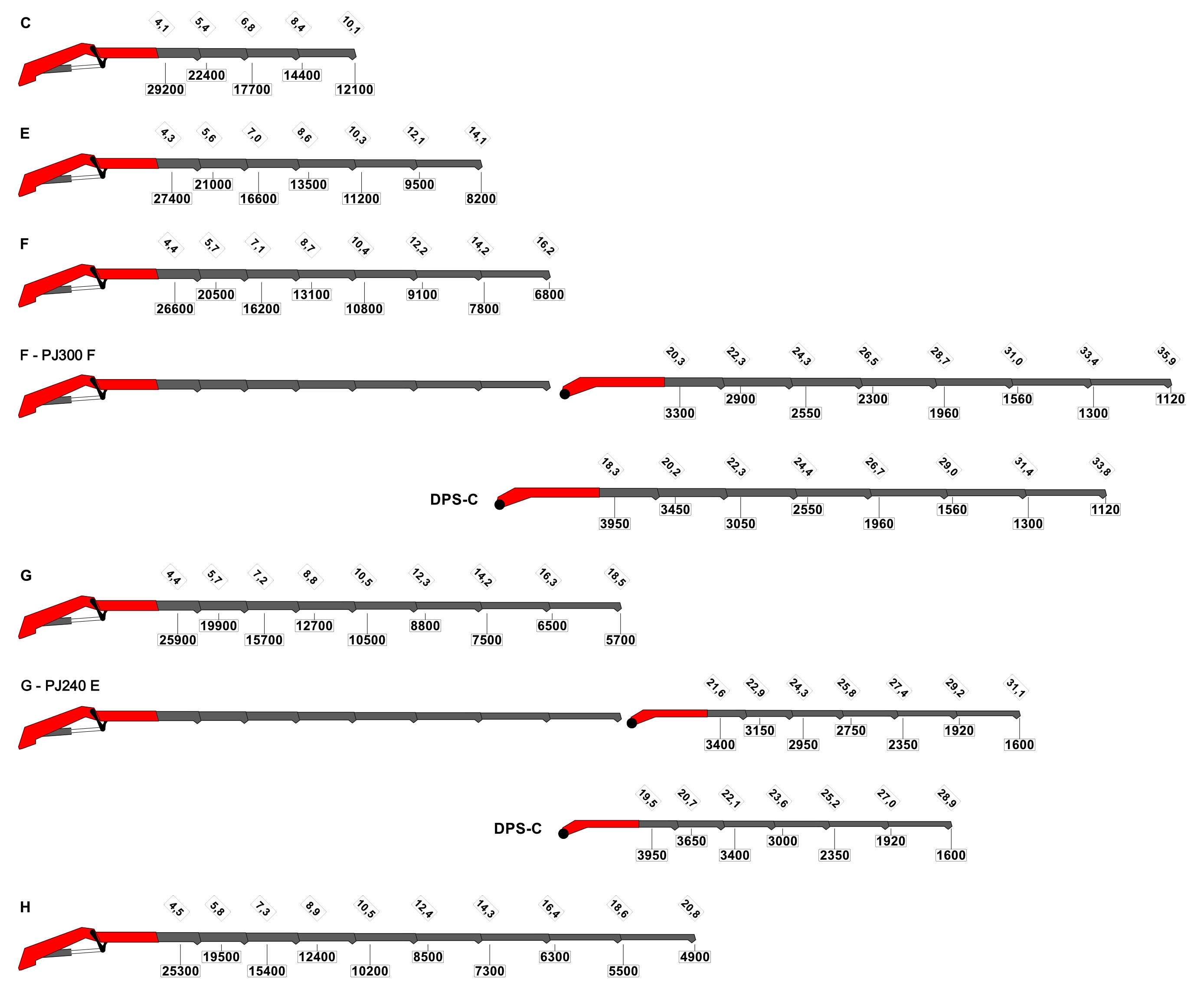 A fly-jib system extends the working range of the crane and thereby increases the possible areas of application. The same crane can be used with or without the fly-jib and can therefore be adapted for different applications. Applications with additional attachments (grabber, rotator) and/or cable winch are possible. The higher the quality of the technical configuration of the fly-jib, the more efficient the application of the crane regarding the lifting power and outreach. The high competence of Palfinger in lightweight construction is applied here directly in performance. Through a multitude of model variations, PALFINGER offers a complete, highly developed fly-jib system series for cranes from 15 to 150 meter tonnes.

A fly-jib is a removable, hydraulic extension on the end of the extension system of the crane that can be offset through a hydraulic kinking function. A fly-jib can also be moved under load.

A cable winch is the most important accessory in many cases when using a fly-jib crane. Hence the power of the winch itself determines the efficiency of the entire crane to a great extent. When designing cable winches, the greatest possible attention was paid to the lifting capacity, speed and optimum winding behaviour.

By using an axial piston motor, both very high starting torque under load as well as very high cable speed are achieved. The installation of the motor and brake as a unit inside the drum produces very compact dimensions.

P-Fold is a new PALFINGER assistance system. It makes folding and unfolding an easy job for the operator. The P-Fold system also works in combination with the innovative RTC (Rope Tension Control). Both systems perfectly support the crane’s set-up processes and thus reduce set-up times to a minimum. The operator will be guided safe and clearly thanks to the intuitive menu navigation of the new PALcom P7 – a major benefit also for inexperienced operators. In addition to the significant increase in operator comfort, the prevention of damage on vehicle, load and rope is another important point. The P-Fold system will be available for SH-models with the new PALcom P7, from the PK 42002 SH to the PK 200002 L SH.

1. UNFOLDING WITH FINGERTIP MOVEMENT
After P-Fold is activated, the crane is set in motion by moving just one control lever. The intelligent control-system coordinates all the crane movements and fly jib movements until a defined working position is reached. In combination with RTC, the winch will also be controlled fully automatically by P-Fold.

2. FOLDING WITH FINGERTIP MOVEMENT
After the job is finished, the crane can be folded from any working position. P-Fold again coordinates all crane movements including the fly jib functions. The operator controls the innovative system with just one control lever until the crane has reached its final transport position